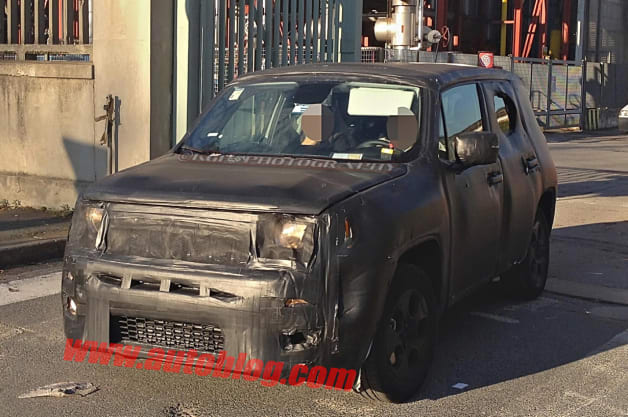 The long-awaited baby Jeep is getting closer to production, as evidenced by these spy photos. Previously, the only images of the so-called Jeepster saw it wearing a Fiat 500L body (see below), while this new batch of photos show hefty amounts of camouflage. How is that better? Well, it's very likely there's a production body hiding under all that cladding.