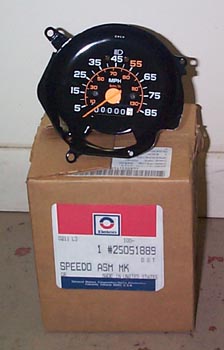 Kevin Zwicker knew something was wrong when the speedometer on his 2004 Chevy Suburban indicated he was going 10 mph, even though he was driving at or near the speed limit on Interstate 5.

Zwicker's speedometer failed completely in April 2006. But General Motors did not replace it for free because the truck was outside the standard three-year, 36,000-mile warranty period.

Zwicker had purchased an extended warranty, so he paid $100 for a new speedometer rather than the usual $400 to $500.

But now Zwicker, who lives in Snohomish, is the lead plaintiff in a federal lawsuit seeking damages on behalf of potentially thousands of people. The lawsuit, filed last week in U.S. District Court in Seattle, could potentially cover all Washington residents who purchased GM trucks and sport-utility vehicles from 2003 to 2007, and who have had to replace defective speedometers.

Zwicker, 48, considers himself a "savvy driver," but said it was uncomfortable driving without knowing how fast he was going.

"I don't think it's fair that a major manufacturer such as GM can let something like this go by and not give it some serious thought," Zwicker said.

A nearly identical suit was filed this week in U.S. District Court in Oregon on behalf of John Hall, who paid $427.50 in January to fix a defective speedometer on his 2003 GMC Envoy LE.
for more CLICK HERE.