Join Date: Mar 2007
Location: N NW of Atlantis (Reno)
Posts: 22,734
Blog Entries: 6
Future Product Guide: ASIA - AutomotiveNews
I can't find a specific page for Asian Mfgs - maybe it will be added by Monday?
but
the mainpage (generic url) is now showing a BUNCH of micro articles with today's date...
(more can be added when it shows up)

AutoNews - Updated: 07/25/14
Over the next eight weeks, brands' product plans will be added on a regional basis. Our reporting team will continuously update product entries as information becomes available.

Honda
Civic Hybrid - Next stage: Redesign in 2016
When the Civic is redesigned, the hybrid version will move from its one-motor IMA system to a two-motor system, which allows extensive electric-only driving. One motor powers the wheels; the other recharges the batteries. It will be a cheaper version of the same system that is in the Accord Hybrid.

Q60
Both the Q60 and Q40 nameplates are temporary offerings until new Infiniti models replace them.

Q50 Eau Rouge - Next stage: New in 2016
Using the Q50 as its base architecture, the proposed carbon fiber-trimmed Eau Rouge would be to Infiniti what the low-volume GT-R racer is to the mass-market Nissan brand.

LE - Next stage: New in 2017
Infinitis postponed electric sedan, originally scheduled to launch in 2014, is back in the product plan.


Nissan
Versa Note
Two new trims, the SR and SL, were added to the Versa Note.

Maxima - Next stage: Redesign in 2016
The redesigned Maxima's styling will closely adhere to the Sport Sedan Concept that was unveiled at the Detroit auto show in January 2014

Murano - Next stage: Redesign in 2014
In a bid to give the new version the same visual impact it had when it debuted in 2002, Nissans San Diego design studio emphasized the crossovers curvaceous body lines.

Armada - Next stage: Redesign in 2015
A new generation of the full-sized SUV will follow the Titans 2015 redesign.

Leaf - Next stage: Re-engineering in 2017
Nissan is planning a more significant reshaping of the car, probably in model year 2018.
.
To view links or images in signatures your post count must be 0 or greater. You currently have 0 posts.

New Honda CEO, Takahiro Hachigo, has held his first press conference since taking the reigns at the Japanese company, and has outlined his vision for the automaker.

According to Automotive News, Hachigo told reporters: Rather than focusing on numbers, it is important to come up with products that carry dreams and satisfy our customers. We will focus on the development of innovative products.

Hachigo succeeded Takanobu Ito as CEO in late June, in a move that was announced in February this year. The issues on Hachigos plate include reversing the companys declining profits, as well as stemming the quality problems that have been blamed on the companys ambitious growth targets and stretched R&D resources.

During his press conference, Hachigo said that Honda will better utilise regional production capacity between the six regions that the company is currently divided up into.

Plans are already in place for Europe to be the sole global source of the next-generation Civic hatch  contrary to Honda Australias recent statements that it would get the car out of Thailand  while many regions will source the fifth-generation CR-V from the companys factories in Canada...
.
To view links or images in signatures your post count must be 0 or greater. You currently have 0 posts.

Quote:
I cant tell you anything about the baby NSX  I could, but Id probably get fired.

Those are the words of John Mendel, executive vice president of American Honda and a man who is, most likely, intimately familiar with a new mystery sports car the brand appears to be planning.

Recently uncovered patent illustrations seem to indicate that Honda is developing something that looks like a shrunken version of its new NSX supercar. Or not. We really dont know.

But were pretty certain Mendel does and the fact that he even acknowledged this car speaks volumes.

When queried about upcoming vehicles, executives inevitably respond with a carefully rehearsed line about not commenting on future products. Read into all of this what you want, but it sounds promising.

Today theres definitely whitespace in Hondas lineup for some enthusiast-focused models. Right now the only performance car they offer is the Civic Si and its about as hot as a bowl of vichyssoise. When asked if theres room for a dedicated drivers machine Mendel said, Absolutely there is.

Could the firm be working on a successor to the much-loved S2000 sports car that was discontinued several years ago? We certainly hope so, though the vehicle shown in those patent drawings seems to be something more, perhaps even a budget version of the NSX. Wouldnt that be awesome?
For more on this story, Honda Boss Says Theres Absolutely Room For a New Sports Car and to see additional renderings of the car please visit AutoGuide.com.
AutoGuide.com is offline
Quote Quick Reply
post #6 of 104 (permalink) Old 09-20-2015, 05:26 PM Thread Starter
2b2
Mercury C557

Kia aims to start producing the sedan, codenamed CK, in May 2017 and will target annual output of 60,000 vehicles, said two people with direct knowledge of the matter, declining to be identified as the plans have not been made official.

The four-door model plans to take on BMW's 4 series (BMWG.DE) as well as the Audi A5 (BMWG.DE), and will feature 2.0-litre, 2.2-litre and 3.0-litre engine options, one person said, adding that it will be Kia's second rear-wheel drive car... 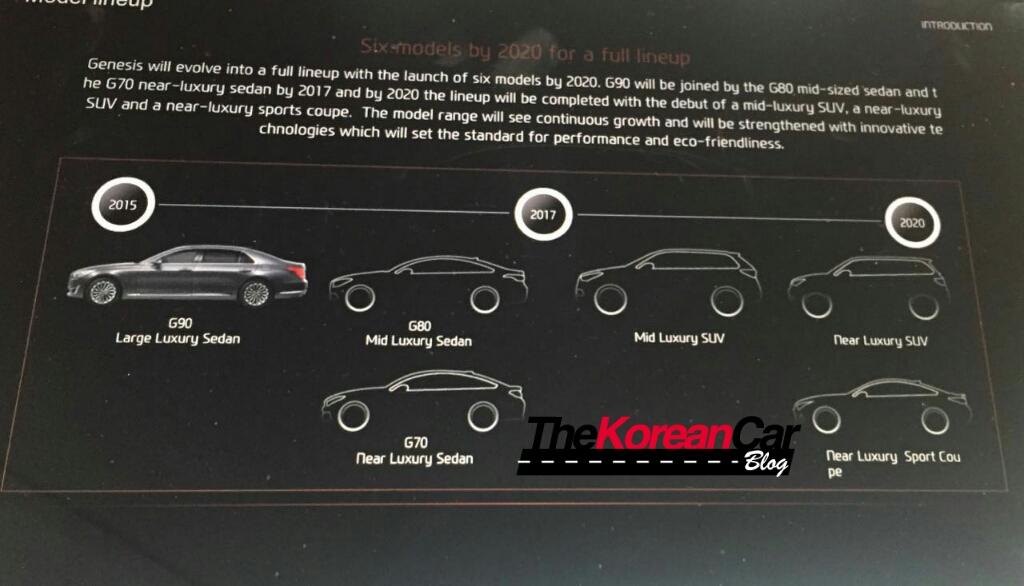 Join Date: Jan 2016
Location: Los Angeles, CA
Posts: 273
Re: Future Product Guide: ASIA - AutomotiveNews
I'm confused, why is Genesis going to be making "near" luxury vehicles? I thought the point was that they're going to be a luxury brand, while Hyundai will offer more mainstream vehicles. When they say "near", do they just mean more entry level models similar to Mercedes and the CLA for example...?
2b2 and Bloggin like this.
Current Car: 2017 Lincoln MKZ Hybrid
Recent Previous Cars:
2016 Lincoln MKZ Hybrid
2015 Lincoln MKC
2013 Ford Edge
AllenLincoln93 is offline
Quote Quick Reply
post #10 of 104 (permalink) Old 05-19-2016, 04:18 PM Thread Starter
2b2
Mercury C557

Join Date: Mar 2007
Location: N NW of Atlantis (Reno)
Posts: 22,734
Blog Entries: 6
Re: Future Product Guide: ASIA - AutomotiveNews
^ imho a lot about Genesis is still guesswork - for me at least
but
maybe
they're going to initially offer a wide price-range?
which
could become more focused after they see how/which models sell best & at what ATPs?

altho
somehow I had the idea that their first offering (G90 I guess) was Not going to be the top'o'line flagship
.
To view links or images in signatures your post count must be 0 or greater. You currently have 0 posts.