Join Date: Apr 2013
Posts: 33
Re: OrderGuides: F-L 2015my
This launch of the all new 2015 Mustang is off to a bumpy start. True, the unscheduled Order bank opened just a week later then originally planned on May 20th with the Official Order Guide`s release (but) still nothing concrete about the 2015 Mustang Convertible and when Orders can be placed for this model, not just the Fastback. This error message saying that Order`s for Convertible delayed until JOB 2. When will Orders be accepted even for so called "late availability"? I realize that Parts (commodities) may still be arriving and holding up Convertible production but Orders should still be able to be placed to assure an earlier Production date when they finally start scheduling Build dates! I ordered a 2011 Fiesta SE hatchback back in Mar of 2010 with the optional Power Moonroof. Order Guide said, "Late Availability". Guess what? My Fiesta rolled off the Car Carrier Mid-July and was part of my Dealerships (first) arrivals of Fiesta`s. So much for (late availability).
Phil1336 is offline
Quote Quick Reply
post #23 of 79 (permalink) Old 05-30-2014, 02:27 AM Thread Starter
2b2
Mercury C557

The key things to know are:

* The Preferred (top) equipment package has been eliminated. Heated rear seats and steering wheel are now included with the Reserve package. All other features of the Preferred package are available as standalone options.

* The Premiere (base) package now includes leatherette rather than real leather, just like the MKC, and is late availability. You must order at least the Select package in order to get real leather.

* Sunset, Dark Side, Sterling Gray, and Ice Storm are out. Bronze Fire, Guard, Magnetic, and Luxe Metalicious are in.

(FiN has pix of the MKZ in these new colors in the 2015 Ford-Lincoln Product Preview Guide thread)
.
To view links or images in signatures your post count must be 0 or greater. You currently have 0 posts. 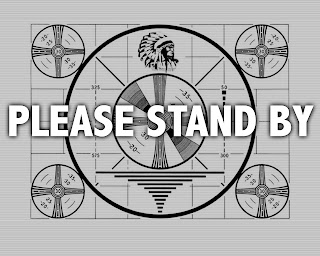 a slew of OG's have escaped onto the interwebs


2b2....I will pull down the OGs for you that I can find so you can update the list - Bloggin

It looks like Ford is paying attention to what consumers want with offering AWD on the lower priced $26k Fusion SE model, and no longer having to spend $32k just to get AWD at Titanium level.

There is also an optional interior package: Attachment 8210

that made it a LOT easier/quicker

SuperDuty & TransitConnect
.
To view links or images in signatures your post count must be 0 or greater. You currently have 0 posts.