Previewed by a close-to-production concept at last year's Shanghai Motor Show, the Escort will be roughly the same size as a four-door Focus sedan but it will be aimed at a clientele willing to pay extra for more room inside and a wide panoply of high-tech feature. The Dearborn-based automaker believes the typical Escort buyer will be older and wealthier than the average Focus buyer.

Joined Jul 7, 2008
·
5,791 Posts
I hope they are working on a hatch for that will help its fight against the Lavida.
► Show Full Signature
Follow FIN on Facebook​
Have Ford Sales in Markets Not Included in this POST? Email Me​
GO TIGERS! BCS Orange Bowl Champs!​

Joined Apr 11, 2007
·
1,674 Posts
Interesting article which does not sync with what Raj Nair said at last years reveal in China

"The compact car segment alone accounts for 5.5 million sales and is forecast to grow to 7.2 million by 2017, said Raj Nair, Ford head of global product development.

The country’s diversity and growing middle class consumers able to afford a car has created three distinct markets within the compact, or C-segment.

The Ford Focus, now built in Chongqing, is in “C-high,” which appeals to more affluent buyers in the largest cities on China’s eastern and southern coasts.

The “C-low” sub-segment encompasses lower-priced cars, including many from domestic brands as well versions of vehicles no longer sold in mature markets.

There is a growing “C-mid” category for families in what are called China’s tier 2 cities -- those of between 1 million and 5 million people.

The Escort would slot into C-mid, where Ford also has the Focus Legacy, a previous-generation of the European Focus.

Re: Beijing-bound Ford Escort leaked
"The Escort will be slot above the Focus, not below.

There is no intended replacement for the Focus Classic in Ford's line up, Ford China is exiting that segment to avoid tarnishing the Ford brand. They may send it over to their low cost brand Jia Yue, Chevy did the same thing when they booted the old Matiz out of their line up and into Baojun's." 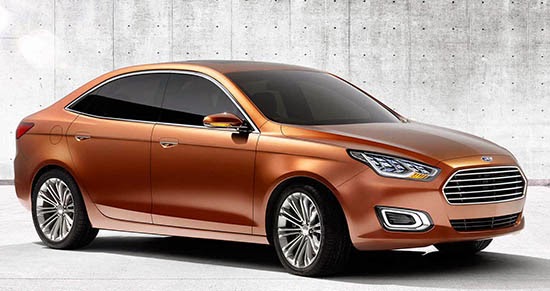