Ford Motor Co.'s share price inched up 0.81% on Sep 8, driven by the positive impact of the overall market movement, even as the automaker reported a 3% year-over-year decrease in China sales to 79,608 vehicles in Aug 2015. Sales of Ford in the world's largest automobile market surpassed 700,000 units in the first eight months of 2015. However, the figure dipped 1% from the same period of 2014.

Ford and JMC completed 20 years of their partnership in August. Also last month, Ford started the production of the new Ford Everest at the JMC Xiaolan Plant in Nanchang, China. Notably, Ford Everest is the first SUV that the automaker launched in collaboration with JMC.

Ford is accelerating its business strategies overseas to fuel a second pillar of growth for investors
fool.com
Daniel Miller | Oct 26, 2015 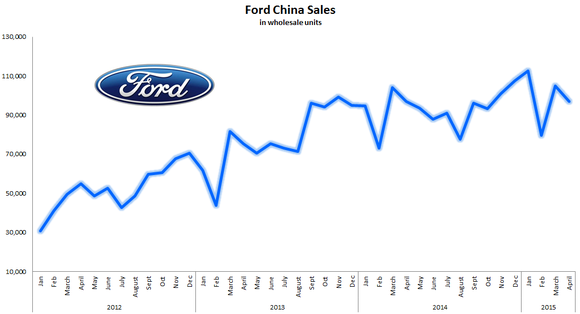