Scoop: Ford and Rivian are canceling plans to jointly develop an electric vehicle for the Lincoln brand due to the ongoing coronavirus pandemic. This appears to be the 1st announcement of a vehicle cancelation in the U.S. attributed to the crisis.
Click to expand...

Lincoln EV project with Rivian canceled because of coronavirus

The luxury brand still plans its own EV eventually and could potentially co-develop a product with Rivian in the future but shelved the project because of the "current environment." Lincoln informed dealers of the decision Tuesday. 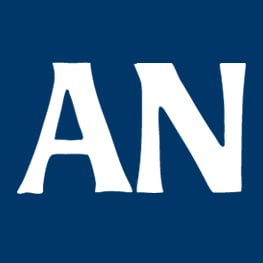 I have to admit, I'm disappointed Lincoln would lose its only truly unique product.

DETROIT -- Ford Motor Co. and Rivian are canceling their plan to jointly develop an electric vehicle for the Lincoln brand because of the ongoing coronavirus crisis.

Lincoln informed its dealers of the decision Tuesday. Officials said the brand still planned to have its own EV eventually and could potentially co-develop a product with Rivian in the future but shelved the project because of the "current environment."

Although the pandemic has delayed numerous vehicles currently in development, including the upcoming Ford Bronco Sport crossover, this appears to be the first announcement of a vehicle cancellation in the U.S. attributed to the crisis.

"Our strategic commitment to Lincoln, Rivian and electrification remains unchanged and Lincoln's future plans will include an all-electric vehicle consistent with its Quiet Flight DNA," Lincoln said in a statement provided to Automotive News. Lincoln said it was still committed to its partnership with Rivian and would continue to work with the EV startup "on an alternative vehicle based on Rivian's skateboard platform."

The EV developed with Rivian, announced in January, was to be Lincoln's first battery-electric model. It would have been built on Rivian's flexible skateboard platform, but neither company had provided details on what type of vehicle it would be, where it would be assembled or when it would go on sale.

Rivian CEO RJ Scaringe was quoted as saying the vehicle would have been "in the SUV space" and "very different" from Rivian's own R1S utility.

Lincoln has invested heavily in electrification but until now has mostly focused on plug-in hybrid models of its existing crossovers, including the Aviator and Corsair.

The Bronco Sport, an Escape-sized off-roader, will start rolling off assembly lines at Ford's Hermosillo, Mexico, plant Sept. 7, nearly 60 days after the original July 13 target, according to supplier information obtained by Automotive News.

It's unclear how the virus has impacted other vehicles, including the upcoming Bronco SUV, F-150 pickup and Mustang Mach-E crossover.

Ford CEO Jim Hackett, speaking last month on a Detroit radio station, said the virus was not likely to have a significant impact on the launch of some of Ford's biggest models.

Given the rapidly changing environment and after a review of product plans, Lincoln and Rivian have decided not to pursue the development of a Lincoln’s fully-electric vehicle based on Rivian’s skateboard platform.
The company’s commitment to Lincoln, Rivian and electrification remains unchanged, and Lincoln’s future plans will include an all-electric vehicle consistent with the brand’s Quiet Flight DNA.
For more information, see the questions and answers below.
Is this decision due to COVID-19?
We continue to review and adjust our business and product plans – as all prudent businesses do. As we moved through the development cycle, we determined that it would be better to pivot from the Rivian skateboard platform and focus our development efforts on Lincoln’s own fully-electric vehicle.
Does this mean that other Ford programs have been cancelled?
No. As we moved through the development cycle, and given the current environment, we determined that it would be better to focus our development efforts on Lincoln’s own fully electric vehicle.
Does Lincoln still plan to introduce fully electric vehicles into the lineup?
Yes. Lincoln’s future product plans include a distinct fully electric vehicle that is consistent with Lincoln’s Quiet Flight DNA.
When will you share more about the Lincoln’s BEV plans? What is the timing?
We look forward to sharing more details about Lincoln’s fully electric vehicle in the future.
Is Lincoln late to the game with electrification?
There never has been a better time to grow Lincoln’s electrified vehicle portfolio. In addition to the Aviator Grand Touring, we also will be launching the Corsair Grand Touring later this year.
Does Lincoln still plan to end production of the MKZ?
Yes. While the MKZ has been an amazing product for Lincoln and its customers over the years, we have been watching the premium midsize sedan segment closely and given the declining segment, we made the decision to end production of the Lincoln MKZ. As consumers shift to SUVs, we feel focusing on our new lineup of SUVs for our customers is best.
Will Ford continue to work with Rivian on a vehicle as part of the original equity investment?
Our partnership with Rivian is strong and while the Lincoln electric vehicle did not turn out to be the right opportunity, we continue to work closely with Rivian to assess the right opportunities to work together, including the development of a vehicle based on Rivian’s platform. There is also a lot we can learn from Rivian and the clean sheet approach they are taking to electric vehicles.
► Show Full Signature
**********************
https://www.youtube.com/watch?v=wuKJSwkCHwE

Joined Mar 2, 2007
·
10,933 Posts
I am actually more excited that Lincoln will develop it's own platform, while Ford will continue it's plans with Rivian shared products. Rivian is pretty new to electrification, Ford has been doing it for decades. Curious what they learned from their skateboard approach though.
► Show Full Signature
**********************
https://www.youtube.com/watch?v=wuKJSwkCHwE

wingsnut said:
I am actually more excited that Lincoln will develop it's own platform, while Ford will continue it's plans with Rivian shared products. Rivian is pretty new to electrification, Ford has been doing it for decades. Curious what they learned from their skateboard approach though.
Click to expand...

Will Ford develop a Lincoln-specific EV platform for Lincoln or will it be a derivative of the Mach E's EV platform?

AM222 said:
Will Ford develop a Lincoln-specific EV platform for Lincoln or will it be a derivative of the Mach E's EV platform?
Click to expand...

Joined Mar 28, 2007
·
5,013 Posts
Rivian based EV for Lincoln were supposed to be a big, ultraluxury SUV, maybe the Continental replacement as the brand flagship. Cancell this vehicle is a smart move, because in this new enviroment, with very cheap gas and economic ressesion, a big, luxury and costly EV SUV is not the kind of car the people will buy.
I supposed that the medium size EV crossovers for Ford and Lincoln are on track to the 2022 production... is easy for Ford to produce 2 vehicles on the same platform. The Rivian based product looks an expensive proyect. Is good to keep the money to invest on viable bussines plans, and on cars the people want and can buy in the near term.
► Show Full Signature
_________________________________________________
1 - 7 of 7 Posts
Join the discussion
Continue with Facebook
Continue with Google
or sign up with email
Recommended Reading
Read More
Read More
About this Discussion
6 Replies
4 Participants
Last post:
falcon lover 1 mo ago
Ford Inside News
A forum community dedicated to all Ford owners and enthusiasts. Come join the discussion about reviews, news, concepts, industry trends, classifieds, maintenance, and more for all Mazda, Lincoln, Mercury, Mustang, Ford models!
Full Forum Listing
Explore Our Forums
Lincoln Discussion Lincoln Brand News Ford Motor Company Discussion Ford Car Discussion Ford SUV/Crossover Discussion
Popular Communities