Motoring.co.za said:
Saab back in Swedish hands after 20 years
February 21, 2009

The future of Saab, after 20 years of foreign ownership, is back in Swedish hands after a district court approved a request for a reorganisation and restructuring which Saab's representative submitted earlier in the morning.

Jan Ake Jonsson, MD of Saab Automobile, said: "Today is the beginning of a new chapter in Saab's history. We are recreating Saab Automobile as an independent unit thought the road ahead will not be easy
Three people will pilot the company into the future

"Many have already suffered considerably as a result of the crisis in the automobile industry and sacrifices will be a part of our future but after a period of tough decisions we will have the foundations for a new beginning.

"We have efficient production and a strong model range in development. That's why we've chosen this road. The future will be tough but the commitment to support the Swedish automobile industry and Saab will help."

Three people will pilot the company into the future and ensure short-term stability. They will be led by a three persons: lawyer Guy Lofalk, whom the District Court has appointed as Administrator, MD Jonsson, and international reorganisation expert Stephen Taylor.
Click to expand...

Saab on the brink as Swedish crisis reaches deadlock
The Swedish car-maker Saab Automobile was on the brink of failure on Thursday night after General Motors threatened to walk away, and the Swedish government refused to come to the rescue.
By Ambrose Evans-Pritchard
Last Updated: 9:05AM GMT 20 Feb 2009
An emergency meeting by the Saab board adjourned without deciding whether to seek protection from creditors, a move known in Sweden as "reconstruction". It is unclear whether the beloved brand -- produced in Trollhattan near Gothenberg since the late 1940s -- can be saved...​

I wonder how a corp can file for bankruptcy without notify the controlling board of directors...I have a feeling Europeans are taking advantage of the current crisis to wrestle control of american assets in Europe. There is a report now that Opel is being sort for a buy out by various German groups...

...In general terms, Saab’s reorganization plan consists of the following steps: (1) bring engineering and manufacture of Saab vehicles back to Trollhattan, (2) separate Saab from GM, (3) focus on completion and funding of three new vehicles currently in development, and (4) find new investors in the company. The reorganization papers forecast a return to profitability in 2011...


&
The very public divorce that Saab have to have - SaabUnited.com (BLOG)

I have been thinking about the very public and 'damaging' (for SAAB) tennis game going on between GM and the Swedish government (that the new SAAB marketing widget is ball shaped is no co-incidence). I believe this short term 'damage' is essential and that the government and SAAB are playing their cards right. I believe that for SAAB to have a successful future then the divorce from GM needs to be as public as possible.

There can be no doubt left in people's minds that SAAB is disconnected from GM.

The restructuring and it's timing has apparently even caught GM off-guard and this is important. It needs to be seen that SAAB are proactive, as they traditionally have wanted to be...

“Maud Olofsson is not very popular here these days,” said Olsson, 67, who worked for Saab for 30 years before retiring. “She probably shouldn’t walk alone here at night.” ...

...“People here are equally angry with GM as they are with the government,” said Trollhaettan resident Karin Tobiasson, 59. “The government gave Volvo support, why not also help Saab?”

Polls show the government has popular support, indicating a majority of people outside Trollhaettan are willing to let Saab go under. Half of 1,000 people in a Sifo survey for the Aftonbladet newspaper on Feb. 19 said the government shouldn’t commit taxpayers’ money to Saab...

Is GM still not on the hook for this company's debt?

sorry for delayed reply, Tahoe
all I have are questions, no answers

yes, that^s snow
& it's even an convertible with the top down

GM supply manager Bo Andersson said in an interview that the U.S. firm would begin on Monday to pay bills left unsettled when Saab was granted protection from creditors on Feb. 20.

"We don't have any problems with deliveries to Saab now," Andersson said.

The paper said GM on Friday had also handed over 1.4 billion crowns to Guy Lofalk, the man appointed to restructure Saab, to keep the company operating.

"There are about five we want to talk to. There are a couple more we are also looking into,” Jonsson told Automotive News Europe at the auto show here. "We should see which candidates are serious in the next week and a half,” he said.

Jonsson did not specify which parties are interested in buying Saab...

this is kinda fun - being alllll aloooooone in this thread
yeah right...

“We anticipate that we will no longer consolidate Saab beginning in the three months ending March 31, 2009, and anticipate recording a significant loss which could exceed $1.0 billion on de-consolidation,” Detroit-based GM said in its annual report for 2008.

Saab filed for bankruptcy protection on Feb. 20 and has started a split from GM by pooling resources in Sweden. The reorganization, slated to take three months, placed Saab under court supervision with the aim of creating an independent business. GM has said it will only support Saab until Jan. 1, while Sweden’s government has said it won’t provide any aid to Saab until a long-term owner has been found.

Saab sold fewer than 100,000 cars last year and relies on two models. It racked up an operating loss of 16.5 billion kronor in the five years until 2008 and has attributed the deficit to an ageing and narrow product range. Saab lost about 3 billion kronor in 2008 and will have a similar deficit this year, it said in court filings last month. It aims to return to profit by 2011.
M

They should keep Saab. Idiots.

It does look close to the spy shots we've seen of the real thing.

I just hope the real car has a bit more to it.
Something a bit more special, like a Saab should be...


GM ties with Saab will remain in future models - MotorAuthority

The future of Saab is starting to look much brighter, thanks in part to important concessions from General Motors to help it build and design its own range of cars in the future, as well as a likely extension from Swedish courts for its restructuring deadline. For a while it looked as though Saab may go the same way as Pontiac, but its chief engineer is confident the brand will be able to survive without GM.

The GM concessions being referred to is investment in the Saab brand over the past few years, which have led to the company today having the best equipment, tools and engineers that it has ever had. Speaking with Automotive News, Saab’s Mats Fagerhag explained that GM has given the company “new architectures and lifetime licenses to use them”. Fagerhag went on to reveal that Saab also has the facilities to design and build its next generation of cars.

The specific platforms Fagerhag is referring to include GM's global Epsilon II midsize architecture, the same architecture that the Opel Insignia sits on and soon the 2010 Saab 9-5, as well as the Delta FWD platform, which underpins the 2010 Opel Astra and Chevrolet Cruze.

On top of already having vehicle architectures in place, Saab also has some specific engineering skills that it can use to develop its own identity as a brand. Its experience with all-wheel-drive gives it the opportunity to become the Subaru of Europe, and aligning itself with brand values such as safety and offroad performance will only help develop a unique brand identity.

However, not everything will be a smooth transition for the Swedish company. Saab will face trouble due to the smaller volumes it will be working with in the future, including higher prices for materials and parts. Additionally, Saab will have to source its engines from other companies in the future. Despite these disadvantages, separating from GM will allow Saab to make quick product decisions and to work in its own best interests, rather than the entire group's interest.

Despite some hurdles Saab is expecting to come out of the crisis with a new, unique approach and a move away from its past with GM - only time will tell whether or not it will be a winning strategy.

GM will re-assemble itself back.. again.. Its too expensive to develop independent platforms.. and GM Europe is separate from its brands, and owns the Engines, the Engineers, systems etc... Without those Saab and Opel are just names, in the End GM is still retaining ownership in the 30# range for the brands, meaning, they will probalby gobble them up again...

just wanted to post some new pix
& an Autocar.co.uk rendering

STOCKHOLM, June 11 (Reuters) - Swedish luxury carmaker Koenigsegg and Norwegian investors have signed a letter of intent with General Motors' Swedish unit Saab to take over the loss-making brand, Swedish television reported on Thursday, citing unnamed sources.
"The buyers have signed a letter of intent to buy Saab," SVT said on its website.
"Final negotiations about details on the deal will go on in the next months."
Saab Automobile, which was put up for sale by its now bankrupt U.S parent earlier this year, had been in talks with two or three bidders in the past weeks.
Saab, which has said a deal could be concluded by the end of June or early July, was not immediately available for comment.

STOCKHOLM - General Motors Corp. on Tuesday said it has signed a deal to sell its Saab unit to a consortium led by Swedish luxury sports carmaker Koenigsegg Automotive AB.

The memorandum of understanding, sent out in a statement from GM, said the sale would include an expected $600 million funding commitment from the European Investment Bank which is guaranteed by the Swedish government. Any additional funding for Saab's operations and product investments will be provided by GM and Koenigsegg Group AB.

The sale is expected to be completed by the end of the third quarter... 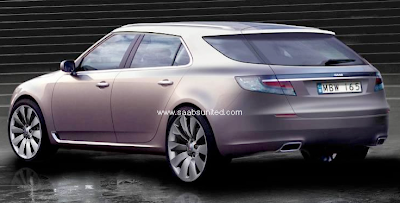 & late edit
added some camo-missing front shots
I *really* like this!

UPDATE: Autobild has released 26 stock photos of the 2010 9-5, with plenty of detail shots including several of the cabin. We're attempting to track down all of the official high-res images and data, but in the meantime, check them out by clicking the image above.


2b2 said:
a couple nicer tho dark photos (I lightened them a touch) from VinceBurlappCarsBlog
don't know where he got them
[attached]
Click to expand...

I am thinking this is looking rather too much like the insignia interior.
1 - 20 of 50 Posts
Join the discussion
Continue with Facebook
Continue with Google
or sign up with email
About this Discussion
49 Replies
5 Participants
Last post:
ndwariga Feb 24, 2010
Ford Inside News
A forum community dedicated to all Ford owners and enthusiasts. Come join the discussion about reviews, news, concepts, industry trends, classifieds, maintenance, and more for all Mazda, Lincoln, Mercury, Mustang, Ford models!
Full Forum Listing
Explore Our Forums
Ford Brand News - Global Competition News Suggest A News Article Automotive Industry News CARiD.com
Recommended Communities